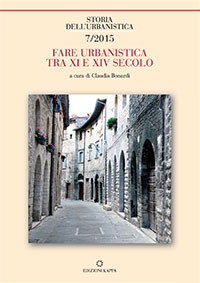 As underlined by Claudia Bonardi in her introduction in the actual review number; it provides the opportunity to call back the scientific community interest about some late historical and urbanistic researches results on mediaeval age.

They are joined, mostly, by the recognisability of some of the critic fundaments and methodologic instruments that, since the seventies, Enrico Guidoni pointed as assumption to the organization of a disciplinary space specifically created for the History of the town and settlements in medieval, modern and contemporary age. This space ought to be distinguished by the one in which, commonly I was used to consider this items in.

Guidoni considered the planning component existence in urbanistic medieval age since his first publications, contributing more than others to the urban morphisms comprehension between XI-XIV centuries. He stressed the debt toward the Ivry of the ancient world and underlined the originality of theoretical foundations and the earned applicative and technic level quality, result of an unsuscepfible and wide collection of experiences and ‘models’, finally considered as an expression and unequivocal textual document of mind and lifestyle of that age.

According to a particularly appropriated definition, on one of his publication title in 1992 (L’arte di progettare le citta. Italia e Mediterraneo dal Medioevo al Settecento), medieval urbanistic technic should have been able to express, independently the tributed qualities to the town yet to come by a historiography often poised between undue juxtapositions and architectonical, literary, symbolic or araldic drift.

Opposing to the prevailing mind, tributing only to renaissance the formation of town model as coherent planning intentionality result, Guidoni should have made a radical overthrow of historical penpectives, validating and proving it with a huge sum of both Italian and European instances between XII and XIII centuries. Among which, many were about new town planning fiundati on. […] 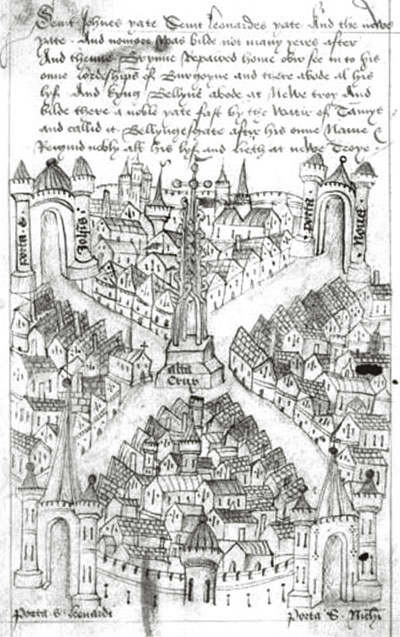