The city and cinema 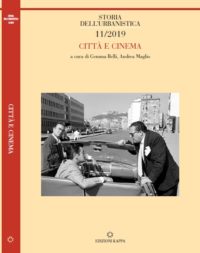 EDITORIAL by Ugo Soragni: “The relationship between the city, architecture and cinema has been the subject of countless attempts to retrace their historical evolution and analyse their connections and reciprocal intersections. Despite this, the vast range of critical angles and the use of analytical tools that have not always been comparable have not motivated a summary of the conclusions reached within their respective areas of specialisation.

This interpretative patchwork gave rise to a predominance of research in the anthropological and sociological fields which mainly focused, starting from the 1970s of the last century, on the deciphering of the language used by cinematography to describe urban clusters and landscapes, spaces and architecture, as well as roads and public transport networks. Many of these studies, often of great interest from a semiological point of view, have proved to be of limited use in the field of semantics regarding urban and architectural spaces (real or imaginary) photographed by cinema, albeit with the awareness they very often represent one of the most incisive ingredients of the cinematic narrative (sometimes prevailing over the drama itself) while, at the same time, bearing witness to poetic and creative ideas worthy of consideration. As has rightly been observed, the “great modern metropolises represent a logical background for the adventures of cinema, the material objectification of its founding moments. […] For cinema, the urban horizon is an intense set, a mobile picture of visual forces, dynamic figures and communicative forms. It is a score of visual and emotional potential, an array of attractions, heritage to be used and reworked […]”.

This issue of Storia dell’Urbanistica (Urbanist History), edited by Gemma Belli and Andrea Maglio, is testament to the magazine’s interest in addressing (without losing its critical and specialist identity, established over thirty-eight years of publications and in the evolution of three distinct series) some of the least studied branches of urban history, with a view to studying in-depth the links between the city and its representation in cinema. This choice that has made it possible to include, alongside input by some of our most authoritative and regular contributors, the outcomes of research carried out in this field by historians of Urban Planning and of Architecture, Media Studies scholars, and by architects. They are all united, within the differently structured approaches of their specialist areas, by an interest in shining a light on cinematography and its reflections (from its very beginnings to its most recent expressions) on their respective sectors of historiographic research or professional practice.[+]

THE CITY AND IMAGINATION
Walter Leonardi
Shadows and fog: urban imaginaries in German and French cinemas of the Twenties and Thirties

Fabio Mangone
Vienna and Munich, Berlin and Babylon: the background of Metropolis

THE DOCUMENTARY AS BOTH INVESTIGATION AND ARTISTIC EXPRESSION
Giovanni Menna
“Manhatta” versus Hollywood. New York in the non-fiction film between Avant-garde Cinema and Documentary Realism

Sergio Pace
About Nice. The city and its inhabitants in moving images (1930-95)

Federica Angelucci
Wim Wenders: the sky above the city

Alessandro Scarnato
“Barcelona, make yourself up!”, cinema as a tool of urban redemption

THE ITALIAN CITY
Andrea Maglio
Before the “hands over the city”. Francesco Rosi’s The Challenge and the prelude of a failure

Antonella Greco
May 1938: The Parallel City of a A Special Day

RESEARCH
Marco Cadinu
On the Trail of Farnesian Urbanism in Ales (Oristano), a New Bishopric of the Early Sixteenth Century

Giulia Beltramo
The Resistance between Lower Po and Infernotto Valleys in Piedmont: Territories and Settlements between History and Memory

Maria Clara Ghia
Bruno Zevi and his thought on Urbanism. From Ferrara as the first modern city to the visions on urbatecture 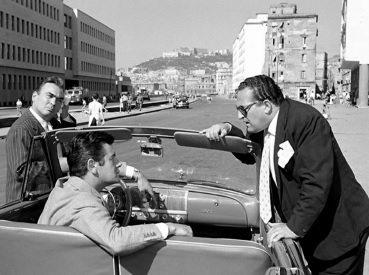 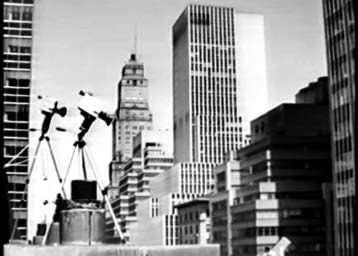